Cache, Blockstart, NEM - A Message From the CEO

My name is Mark Price and I am the CEO of a company called Devslopes.

When we found NEM we knew that we had found the blockchain platform that would take blockchain to the world.

It wasn’t overly apparent at first, but I’m a technologist and look deeply into the tech. NEM was a diamond in the rough.

That was months ago. Now we have officialy launched a token sale that is built on NEM Technology.

This forum post isn't about promoting the Cache Token Sale. It is about explaining who we are, what we have done, what we are doing, and how this fits together in the NEM ecosystem.

This post is also in response to the great controversy that has arisen about this project in the NEMberia and NEM::Red Telegram groups.

I’ve owned a learn to code company named Devslopes since 2015. We have taught over 300,000 developers subjects such as React, Angular, iOS, Android, Game Development, and most recently blockchain.

We have 8 employees, are high energy, honest, and believe in community and decentralization. This is another reason why NEM is so appealing to us.

We are great developers and great trainers. We are passionate about learning and helping people better their lives, launch businesses, and create startups and apps. 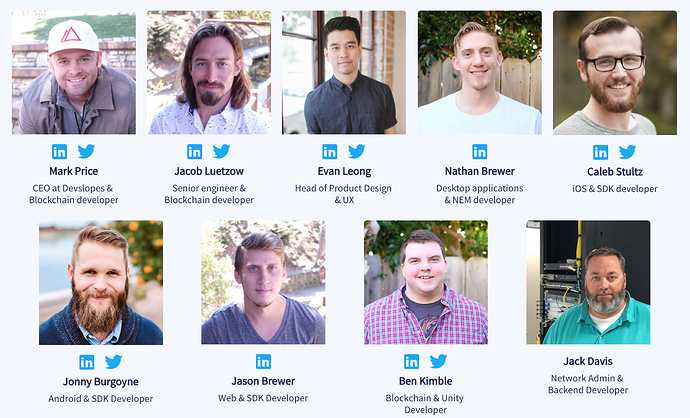 Getting Started With NEM

I was introduced to NEM by a long term Devslopes customer and student and NEM advocate, El Boyd. 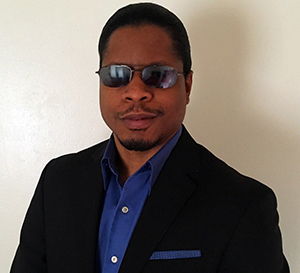 He told me I absolutely needed to check out NEM. It could change how developers work with blockchain. Give this guy some XEM.

I went to the NEM website - and was actually incredibly unimpressed. An intro video with flying clouds? The whole website felt rather corporate, and I couldn’t find any great getting started resources.

I talked to El - he said please keep trying. So I did.

I took a week off of my normal work week and did nothing but NEM.

A few days in, after much confusion due to outdated resources and conflicting paths to success I discovered NEM Library

Created by Aleix and guillem. If ANYONE at NEM should be awarded for their ability to make NEM accessible, it is these guys.

After writing some code and scouring the Internet for information about NEM and its technology, I finally saw the vision.

A diamond in the rough.

My company Devslopes has now invested $38,400 in NEM initiatives. We’ve asked for nothing in return. We wanted to onboard developers into a platform we think IS a game changer.

Here are a few things we have done so far:

Again, have received nothing in return throughout this process. No expectations to receive anything. We love NEM. 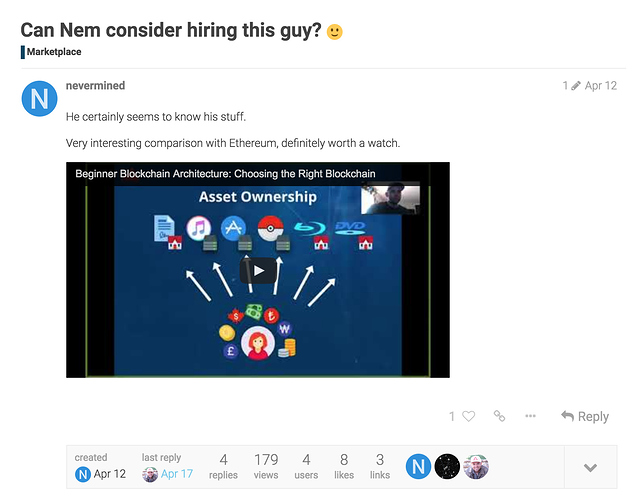 I’m not going to go into detail on everything we are doing in this campaign.

You can read that in the white paper on https://getcache.io

See the image below for what those SDKs will do:

Some people in the NEM community are very angry about the Blockstart Public Blockchain.

I never thought of this as controversial. In fact, I thought it complimentary and beneficial to NEM.

But here are a few of the concerns:

Why does Blockstart exist?

Blockstart exists because we at Devslopes believe that blockchain needs to reach mass adoption. This will never happen with crypto fanatics nor with Ethereum.

It can only happen through developers and tools that make the features of blockchain easy to implement.

We saw this with NEM from day 1. We really wanted to move this forward. We were fueled with fire (and still are).

We made friends with multiple people at NEM Foundation (Official employees/members).

We explained some of our ideas on how we thought we could help NEM achieve aggressive, worldwide developer adoption and throw Ethereum into ancient history.

We sent multiple proposals over time, but I want to give you the BIG proposal that we thought could be a game changer:

NEM decided that it would be unethical for NEM to bring on a company to help with this. It would show a form of favoritism and that wouldn’t be right for the community or ecosystem. Also NEM already had its Center of Excellence in the works.

I totally respect this decision. I get it 100%. It is admirable of them. We still had the support of some NEM decision makers, but it was apparent progress and opportunities might be slow.

NEMbers We Have Worked With

This does not say they have endorsed or not endorsed us, but these are people who I have spoken to and who are aware of one or more of our proposals (some not aware of other proposals)

This is where Blockstart fits in.

People are asking us, “Why can’t you just build all these great features on the future NEM public blockchain?”

Here are the reasons:

We want to sprint fast. Also, we want to generate profits as any good business might do. If we built on NEM public blockchain we would make less money. I know this sounds harsh, but I don’t think it is unethical - maybe it’s not good for the market value of XEM (spoken by other people - not me), but its good for Devslopes.

Also I think its great for NEM. Publicity. More developers using their tech. We still are using it, so we still need to train on it.

My team is ready to code Also, now we have Cache token owners who will want the ability to use that token. Trade it. Sell it. The token’s success is directly tied to Blockstart.

Can Devslopes + NEM Work Together

If I had a way to make this happen I would. I would build every feature that we are planning on NEM. I would help grow NEM North America, and spread NEM worldwide.

The reality is we have to keep moving, and we have to fund our development. Hence the Cache Token sale.

We are open to opportunities. We just want to work on NEM tech, monetize on it, and bring blockchain features to the world.

It looks very interesting.
Just as a layman, could I ask a couple of questions?
This might also help a few of us that are not so savy on Block-chain programming or so technically minded.

That’s all, my name says it all so I will not deluge you with any more of my questions.

I can understand your focus on building a developer community for Nem blockchain. I am sure there are a lot of resource for Devs on Nem, yet I see many coming here to this forum which imho is not a dedicated Blockchain Nem Dev site, sure we have experts here, yet I do not see a chronological knowledge base or a storage of knowledge and available updated resources for new Nem Devs arising from this forum.

Not sure how since Catapult is not released yet Publicly

The second version of the company’s popular mijin blockchain software, codename Catapult, delivers update for the NEM protocol on public…

but it’s still looong road ahead before we’ll be able to switch public network from NIS1 to catapult.
Missing features are:

There’s much more, but that is bare minimum to have public chain switch

He told me I absolutely needed to check out NEM. It could change how developers work with blockchain. Give this guy some XEM.

I went to the NEM website - and was actually incredibly unimpressed. An intro video with flying clouds? The whole website felt rather corporate, and I couldn’t find any great getting started resources.

I talked to El - he said please keep trying. So I did.

I took a week off of my normal work week and did nothing but NEM.

This happens all the time. In one hand we have good js libraries, dev courses on it and resources. But on the other hand NEM API is intended to be cross-platform, I tend to use python or go in accessing it even when I need to write my own libraries.
Still, I think NEM team should highlight the JS libraries more heavily as basically 90% of apps are based on it.

When you fork code you are basically saying I’m going to make a copy of this code at this point in time, then add onto it.

When the original repository/code changes you can elect to pull those changes into your forked version.

We really don’t intend to change the core engine, though we think Proof of Importance could use some enhancements.

Concerning a Fork, we have clicked the “fork” button on Github which makes a copy of the code on our Github repository. Our version maintains a link (upstream) to the original code so we can take all the great changes made by the core team and upgrade the forked version.

Blockstart is built on Catapult. We will build SDKs on top of it in various languages and for various platforms (Swift, Kotlin, Unity 3D).

Devslopes/Blockstart did not work on nor contribute to Catapult.

Ok Thank you for your reply.
I can see now how some may have issues with it.
Since Catapult is open source there is no obligation for anyone choosing to utilise its features to actually implement it on the nem:xem network, hence not stimulating the xem price through volume or scarcity.

I myself even feel I would have liked to see this implemented on the nem public blockchain in this way.
Though that would be mainly due to myself not wanting my xem to become worthless and obsolete via the risk of creating an incentive of making more profit for companies, that incentive being to not actually use it (xem).

Though in saying that I can see a huge upside to teaching Nem and indeed increasing awareness throughout the blockchain programming community as Nem based projects and dapps face further mainstream adoption.
As I seen Lon once say “There is room for all to work together”.

I do like the idea of the Cacheout dapp, having spent some time on programming forums there is often a large amount of programmers that go unrewarded for very good information and often painstaking diligence in responding effectively to problems and issues faced by other programmers.
Just one example might be : It would be a great way for students to make some earnings on the side while studying.
The Cacheout websites look good.

I have not read the Blockstart paper yet but surely will.

BTW I am not on Telegram, so I had not heard of this project until I had actually read this topic. Actually I probably seen it on ‘inside Nem’ yet did not check it out properly.

Looking at the GitHub orgs; starting with block start GitHub org appears to just be straight-up forks of NEM repos with no work done yet. A proper fork where the button ‘fork’ has been pressed just as @Mark_Price explains to @xemnewbie in an earlier comment how a fork works; it shows on the page it is a fork of NEM.

But on the Cache organisation where work has been done by the team; there is no forks; they have downloaded a zip of the repo (which doesn’t include the .git history) rather than actually pressing the ‘fork’ button (which is how he describes how a fork works).
On the nano wallet fork repo located here :

cache-wallet - The official cross platform wallet for the Cache cryptocurrency

Here also is the NEM typescript SDK fork. Again in this instance a fork hasn’t been done as they describe they downloaded the code, made a 1 commit dump of all the files and then 1 more to remove all but one line of mention about NEM : https://github.com/cache-official/cache-typescript-sdk/commit/6a23361d11e0cf657cf81acd7c2d6e6fbaa0b636#diff-04c6e90faac2675aa89e2176d2eec7d8L1

when will the POI be open source?
Thank you!

Hey gimer - you name some milestones “bison” and “cow” - are these listed somewhere? I’d love to learn more about them.