NEM seems to rely too much on Japanese market

If it doesn’t succeed on Japanese market, it maybe a hard time to carry your project on.

Many Koreans already recognize NEM as something out of Japan or Japanese, they don’t hate it but they don’t like it (I like both Japan and Japanese), but once it shows a sign of success in Japanese market, like being listed on Japanese exchange, they will be mad for taking market share out of Japan I promise.

Recent pumping on Stratis and Syscoin were accelerated by Koreans, they just put their money in simply because everyone else did, like when they did the same on Ethereum Classic. Pumping on Ethereum Classic was started by a bait for new users in a forum in Korea.

Could you explain why Korea doesn’t like NEM? I’ve been curious about this as it seems the exchanges there are ignoring it.

They seem to be observing, Koreans tend to focus more on result than on process. If you are curious about Korean exchanges, I don’t think they will easily list NEM before LTC or DASH (and only one exchange listed these yet).

NEM shouldn’t rely on a specific market, NEM needs to be focused globally.

There is no need to link countries with projects.
NEM blockchain is one in the world.
We are a NEM family

I guess Koreans, Japanese and Chinese don’t like each other. If NEM is too attached to Japan this may be a problem for it.

Reviving this thread as I’m new here, I totally agree with you.

I wish there was a crash course on “how nem got big in Japan to start”.

try sending emails to people in the media, maybe youtubers and such who might do a section on NEM, lots of average joes in the west look to these guys for advice on what coins are good, but NEM gets ZERO attention. emails, comments on videos, on twitter and so on. I do what I can but im only one person and I rarely see anyone else comment about NEM.

June 17, well the Koreans pump a lot of Nem after that, so I am not sure what the thread entails in hindsight.
Dan

I do not understand what you are saying. Always.

I was saying that I thought the Koreans bought a lot of Nem in the 2017 December around the all time high.
Maybe I am wrong, as it was only memories from Telegram chat.

Yet since this thread was started Nem has been listed on Koreas biggest exchange.
2018 has been a slow year yet when things pick up Nems listing on Bithumb is a good position.

Why would an Irishman even be worried about this?
I am Australian and there is only one exchange that sells Nem for AUD in Australia, and it is not a huge exchange.
Bithumb I am pretty sure has XEM for KRW and XEM for BTC, its the biggest exchange in Korea.
Nem is listed on at least two other Korean exchanges.
Like I said I was not 100% on the Korean exchanges in 2017 and how much Nem they bought.
Jeff was in Korea in 2017, helping push Nem and assisting with setting up an exchange.
My honest opinion… too early to make calls yet in a slow market or a market in its infancy.
Dan

I’m actually Japanese - but wish I could drink like an irishman.
Hope that answers your question there. Not worried btw, just a curious forum-er.
It’s good to know that XEM is traded in Korean exchanges, would they have gotten to that point without Jeff’s help back then you think?

Yeah mate it would have gotten to that point, massive pump, yet what were they doing right to be listed in a bear market?
Dan

It would be nice if nem had a trading room…I understand that voices of engineers are needed but there needs to be some type of input from active traders too. Why not get them to actively keep funds alive?

I am not a trader so I have no idea what you mean?
There was movements for a Nem Exchange last year but it appears to have been put away or dumped.
There is a guy on youtube who has made this interactive trading space, I will not name it (I will pm you the name of it if you really need, in general it has nothing to do with me, just net surfing, it might even be total crap, who knows).
Yet I do not know what you mean by “trading room”?
Dan

It’s obvious why, cause Japan is crypto friendly county, while S. Korea is not ready to accept the cryptocurrencies though it has lots of trustworthy exchanges like Kranken

S Korea is not ready to accept crypto? Where did you hear or read that? I’m asking because I have literally only heard the opposite. Not trying to argue your point, just curious where youre getting info Why does South Korea want to ban cryptocurrency trading 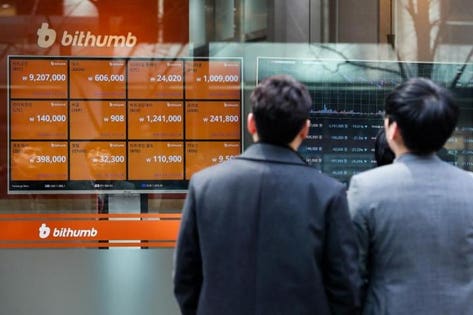 The drama ensuing around South Korea’s cryptocurrency regulations is as volatile as the market itself, no less with the untimely death of a crypto policy director. The market waits to find out: Will crypto trade be banned completely? 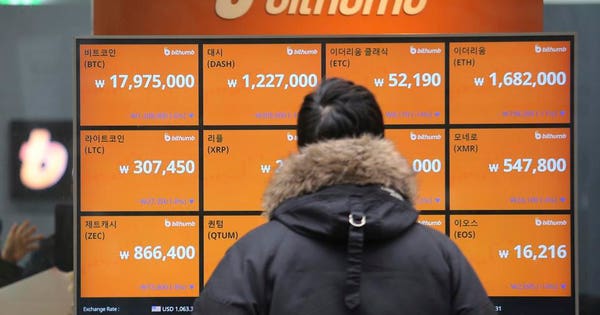 At least one financial regulatory employee was allegedly banking on the cryptocurrency craze through insider trading and big banks made millions of dollars last year on commissions. 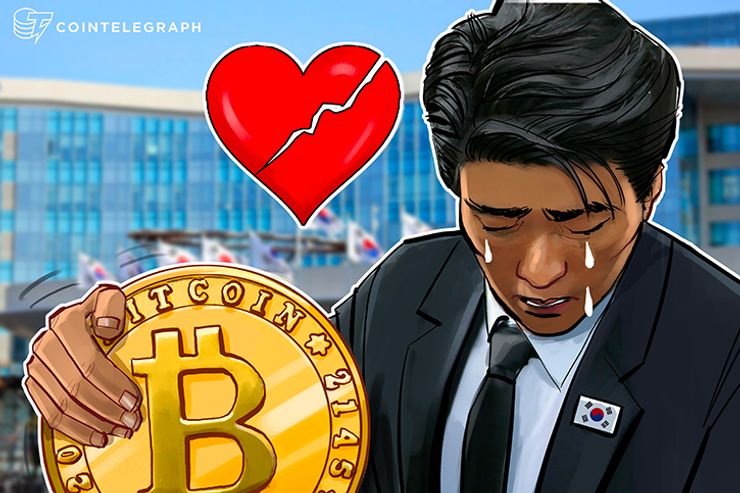 The government of South Korea has banned public officials from holding and trading cryptocurrencies under civil servants conduct law.