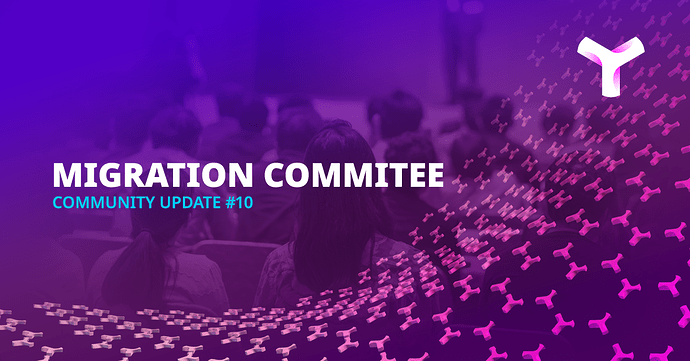 This is a joint message for our community on behalf of the Symbol Migration Group, comprised of The NEM Foundation, NEM Studios, NEM Ventures, and Tech Bureau Holdings.

Based on the milestone timelines above, Symbol is still aiming for Q1 2020 launch. We will keep everyone posted as things progress.

A common question from the community is in regards to what the process is for decision making to move the Symbol launch forward. This is the (high-level) recommendation from Foundation, Studios and Ventures to the core devs.

The migration team is proposing that every account has to opt-in to receive Symbol tokens. This includes multi-sig and non-multi-sig accounts. Accounts won’t receive Symbol tokens or multi-sig configurations unless they opt-in. Accounts can opt-in either before or after public chain launch. For those who wait until after launch, their Symbol tokens will be held in a nominated account until they are claimed when the owner opts-in. The process/entity for managing these unclaimed tokens will be defined and communicated prior to launch. After a specified period (6 years is the current assumption due to statute of limitations) the proposal is to burn unclaimed tokens…

Testnet is now live! For more information on our press release and how to get involved, please go here.

Various members of the community, migration committee, and supernode holders group have expressed ideas/preferences. This information and various modelling has now been completed and compiled into a concrete proposal which has been reviewed by the Migration Committee, Core Team, SuperNode Group & the Community. It has been well received across the board and is now part of the PoI vote.

As of December 21, 2019, at 3:00 PM PST, the Migration and Tokenomics POI voting poll has concluded! The results are as follows:

All prerequisites for a passing vote has been satisfied (‘YES’ votes with the minimum of 3% POI and 65% majority).

Given the approval from the community, the Migration Committee will now consider the motion to have passed, and actions will now commence following said proposal.

hello, what do you mean by Opt-in ? how do I opt in ? and what account are you talking about ? please this is very important

It will be through the wallet, but please stand by for the official announcement

okay i will stand by for it, I looked for the account they are talking about, and it’s about a catapult account, but what is opt in ?

Is really important on improve the Mobile Wallet, the one we have now is really outdated and have to improve in user experience and visual.
One important improvemnet is to not have to subtract the fees from your amount when you are sending XEM. For example if you have 1000 XEM and want to send it all, and the fees are 0.05 XEM, you have to send 999,95 instead of 1000, its really annoying.