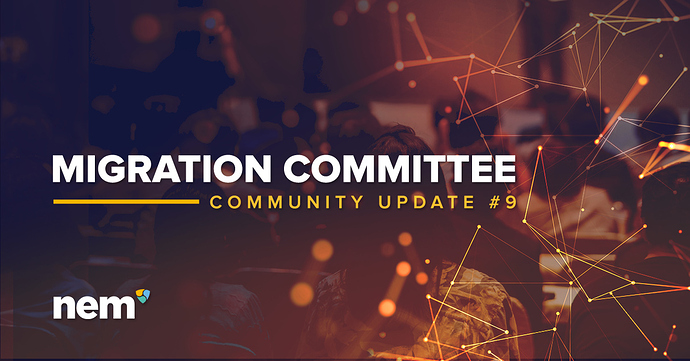 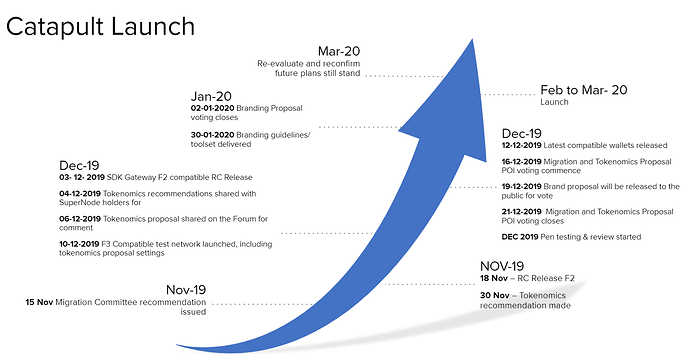 The migration team is proposing that every account has to opt-in to receive Catapult tokens. This includes multi-sig and non-multi-sig accounts. Accounts won’t receive Catapult tokens or multi-sig configurations unless they opt-in. Accounts can opt-in either before or after public chain launch. For those who wait until after launch, their Catapult tokens will be held in a nominated account until they are claimed when the owner opts-in. The process/entity for managing these unclaimed tokens will defined and communicated prior to launch. After a specified period (6 years is the current assumption due to statute of limitations) the proposal is to burn unclaimed tokens…

The brand proposal is is now available to the community! If you would like to see said proposal, or would like to be involved in the voting process, please click here.

Various members of the community, migration committee, and supernode holders group have expressed ideas/preferences. This information and various modelling has now been completed and compiled into a concrete proposal which has been reviewed by the Migration Committee, Core Team, SuperNode Group & the Community. It has been well received across the board and is now part of the PoI vote.

Priority is being given to Catapult Tokenomics as they are more complex, NIS1 will start shortly and further information shared as possible.

The Migration Committee will be having a close out period for Christmas and the New Year, starting from the 24 Dec 2019 to the 2 Jan 2019. Updates will resume at the normal schedule on the week starting 6 Jan 2019.