It has been a month since the NEM HUB Soft Launch on June 12th, 2020. We thank you for your efforts and are amazed by the contributions and ideas presented. There is a good source of talent simmering under the surface. We have only just begun.

We are further pleased to announce that the NEM social media impression count has been 10xed. Every piece the community adds to the HUB will improve NEM media and community and will benefit the transition to Symbol planned for the end of the year. We encountered challenges but were able to adapt and modify. The localization and translation of the platform UI & terminology cost us considerable time but was successfully completed as scheduled on July 1st.

The NEM HUB expands in new foreign communities. Understanding the HUB means recognising that there is a natural spillover that occurs automatically. However, that doesn’t mean that we don’t do everything to support these new community initiatives.

New Work and Action Groups planned as of next week:

These efforts will be complemented by an influencer and PR campaign that aims at supporting Symbol and the HUB. These measures are set, planned and will come into effect by the start of next week.

As of July 15th, 2020, NEM HUB has opened its doors to 869 users with 410 weekly active users from 46 different countries. The biggest foreign groups being Japan, followed by Ukraine, Russia, Indonesia & the Philippines. Active community language groups include Japanese, Russian, Indonesian, Turkish, Italian, and German. Upcoming localizations include Spanish and German.

Currently, the ranking board is led by Japanese and Russian users. Tresto being the most influential user with 21.545 Influences and 4.575 Reputations.

After receiving 18 valid contributions who are all winners in their own right we had to nail it down to the top 3. The current leaders are:

1st place is Keeeeeeen who created an amazing logo that received 578 upvotes from the community and gained consensus from NGL. Please check the author’s submission here. 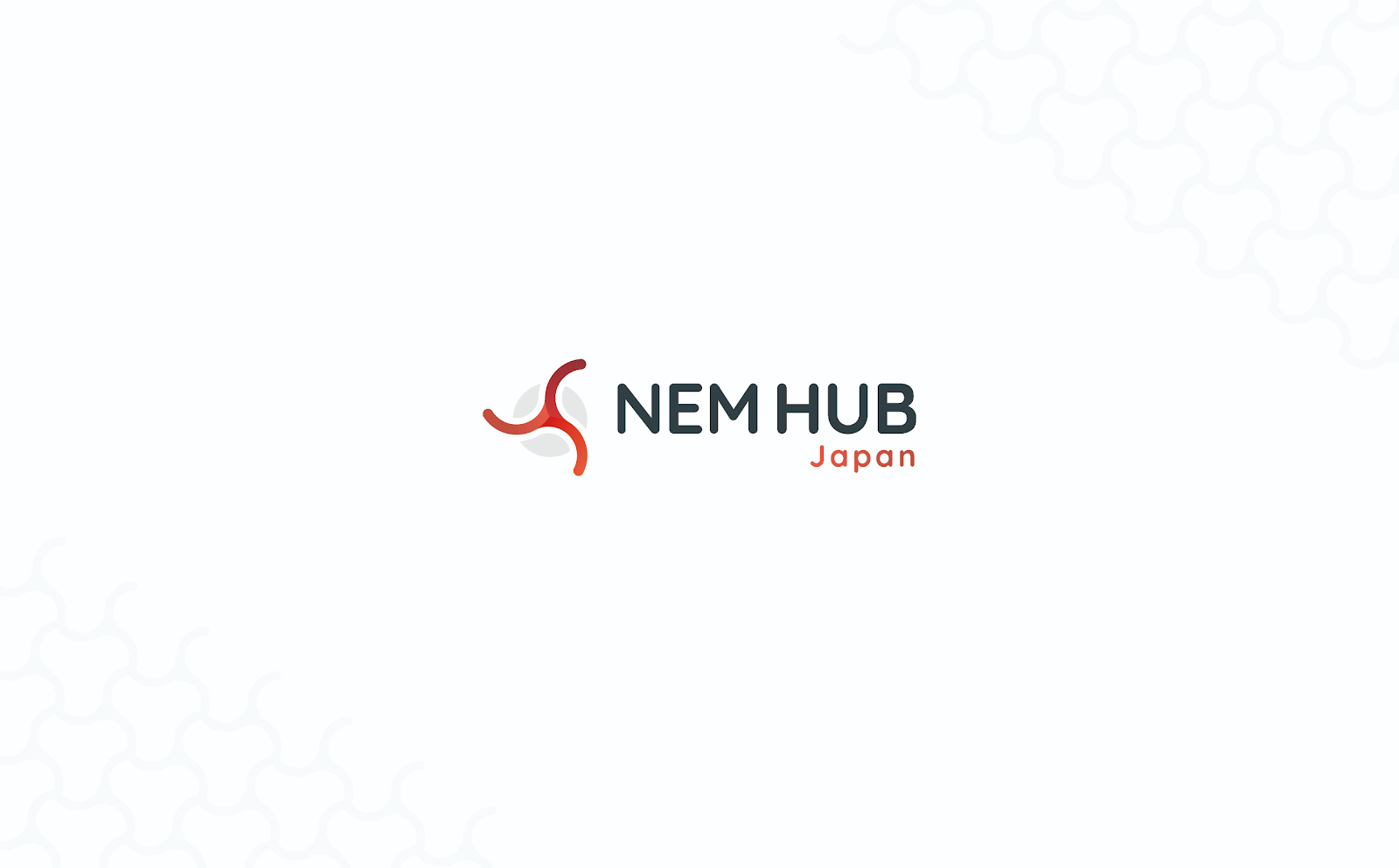 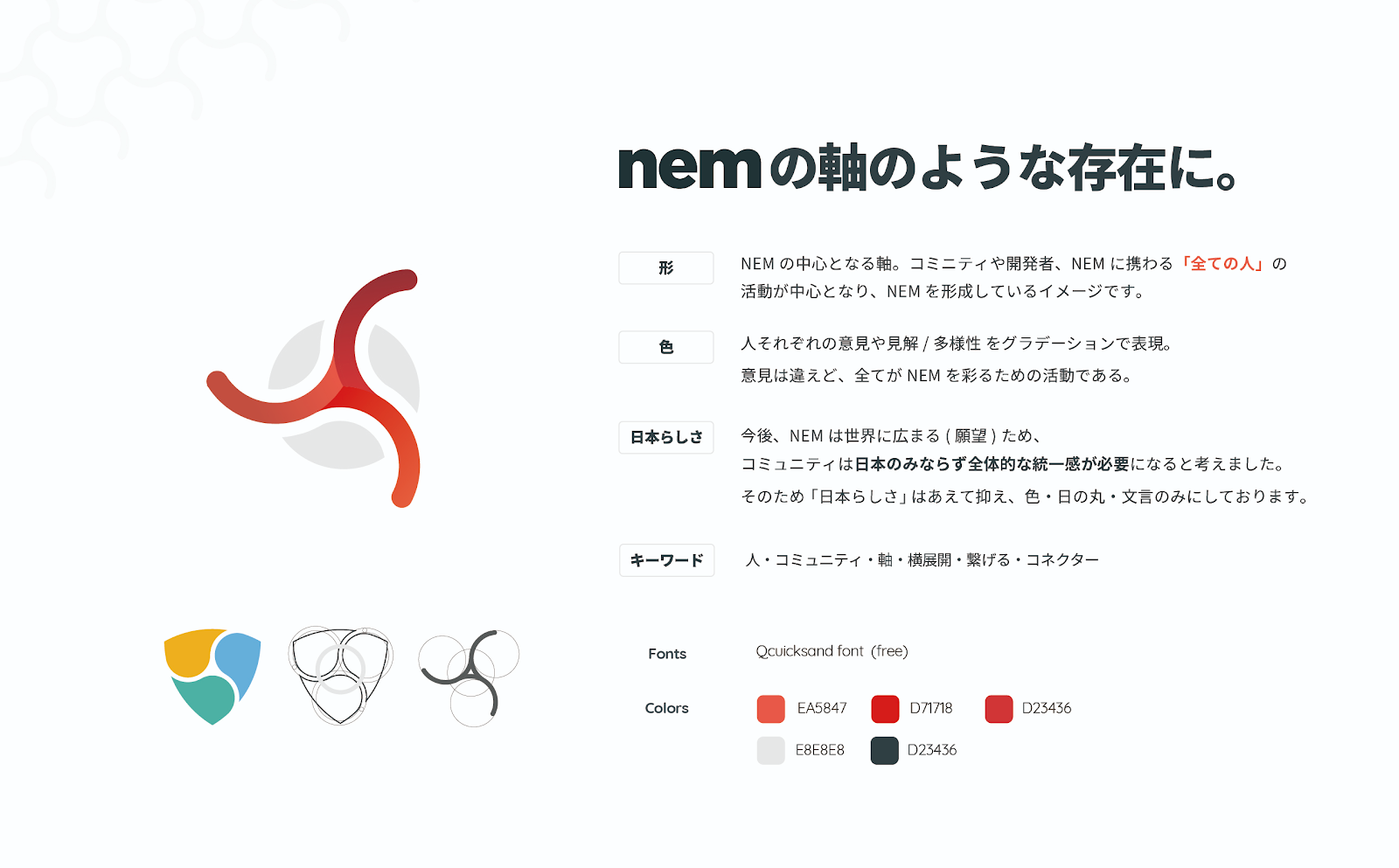 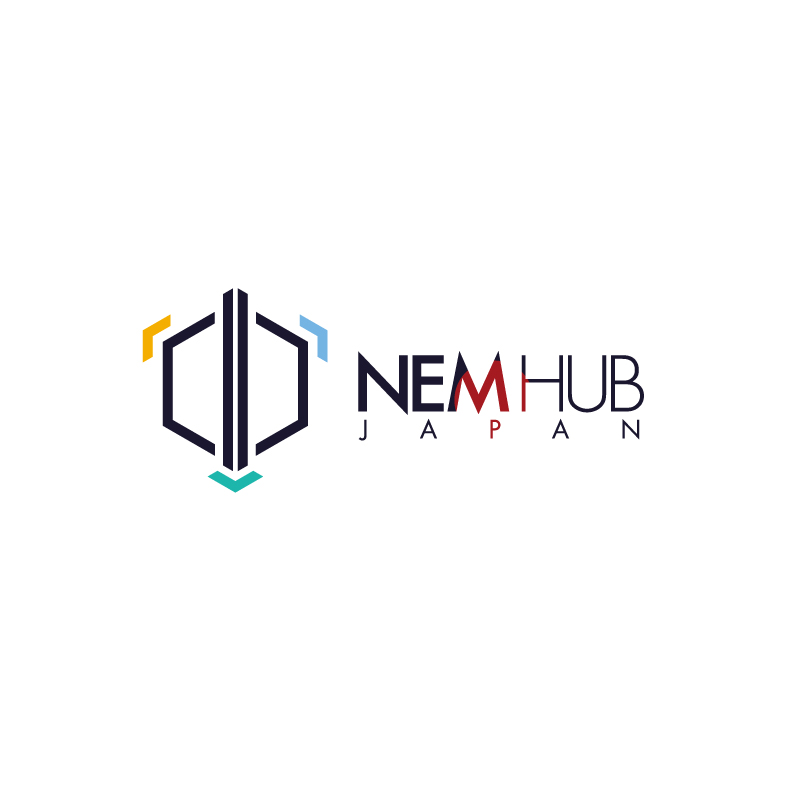 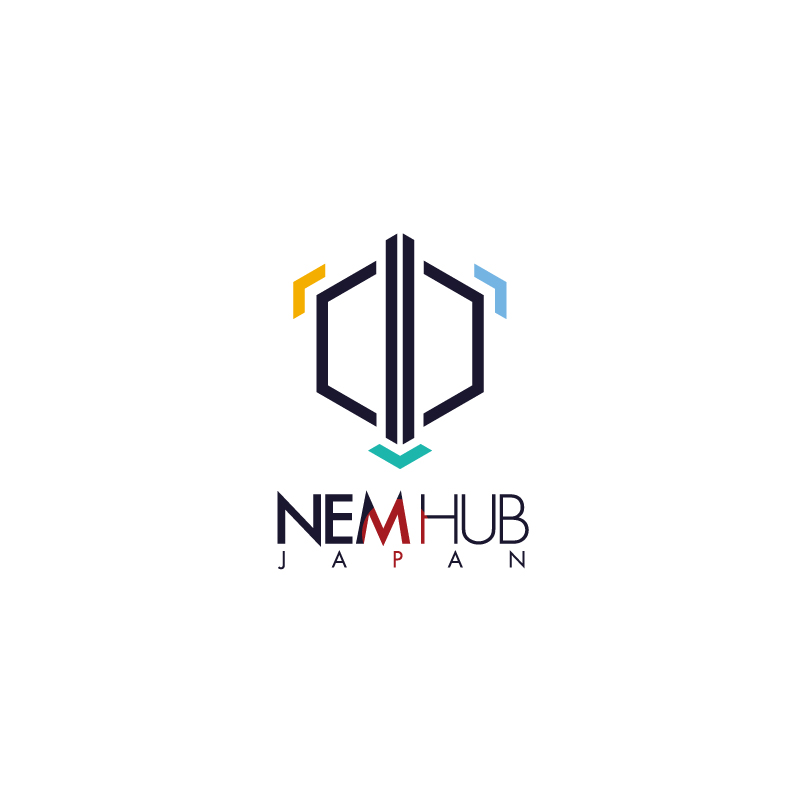 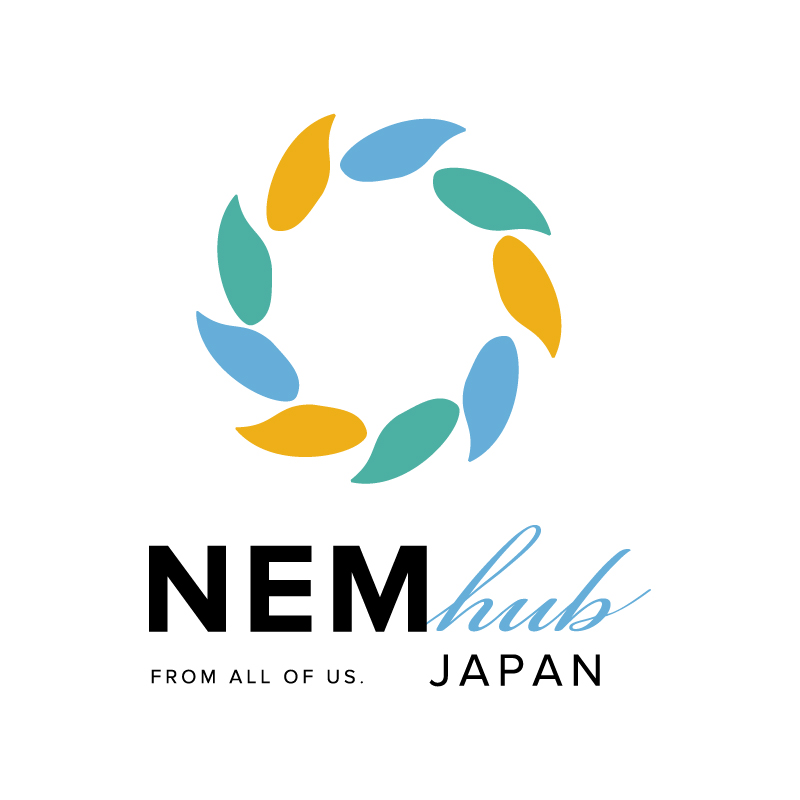 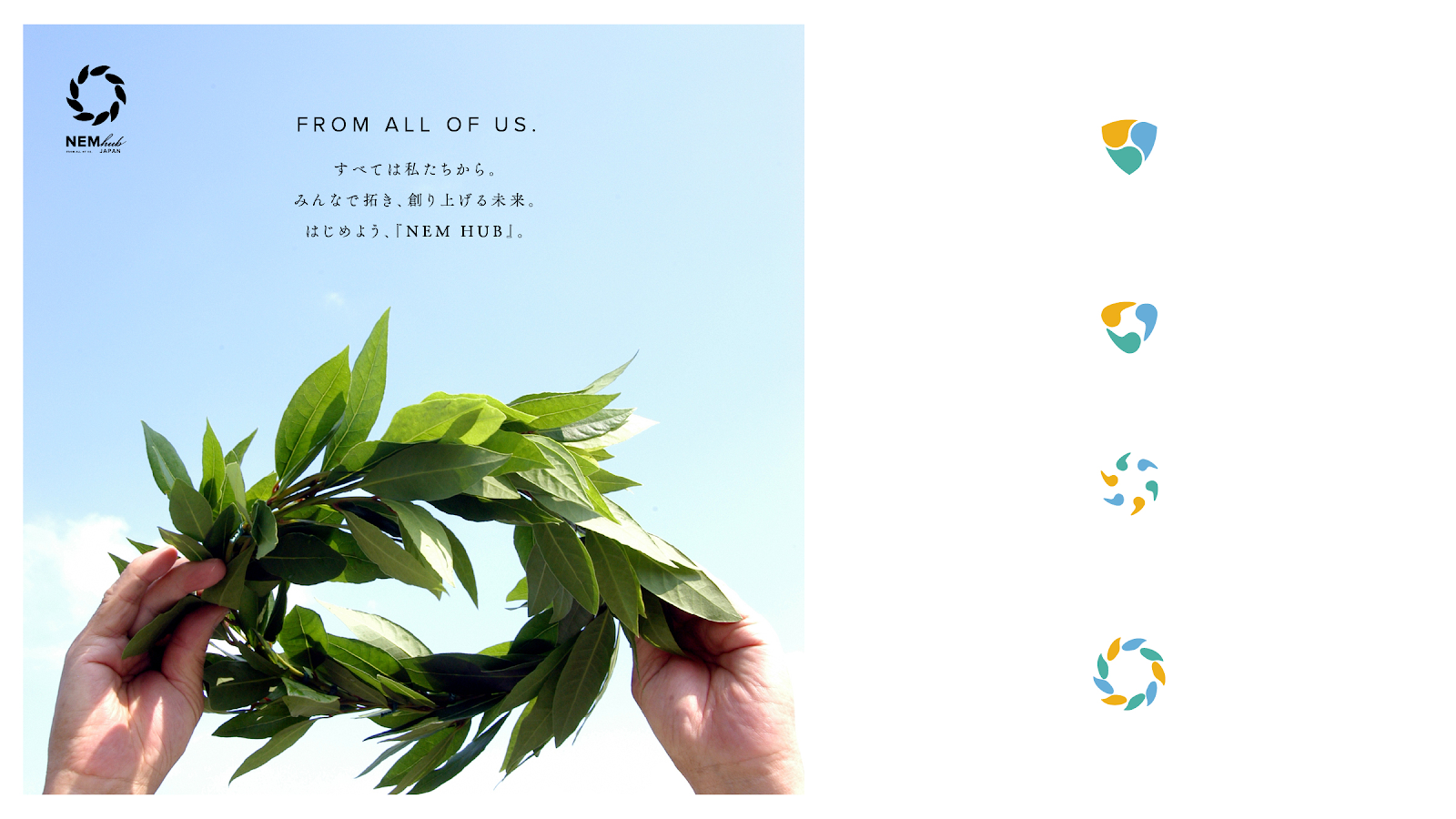 To eliminate the confusion and to be fair to users who are new, we have opened the voting for the logo design task for another week.

After receiving and processing requests and suggestions from the NEM community, NEM HUB has implemented a Telegram group to act as the HUB Support for handling users’ requests in real-time. Addressing suggestions, questions, and issues regarding the HUB. During the Soft Launch, the NEM HUB enabled a few new features, such as referral programs and unlocking the lease of reputation. Effectively allowing users to ease the transition for seasoned NEM contributors and social media veterans. These features are specifically designed for influential users that allow them to bring more valuable and talented people to the platform. Under the referral program, 522 users onboarded NEM HUB via 40 different referral links that generated 18,283 NEM points. Influential HUB users have already leased 7.320 Reputations to 36 talented users.

During the time of the Soft Launch a little more than a month ago, NEM HUB had completed 8 Workdrops that rewarded 143,673 XEMs to the platform users (6,418 USD). This happened within the scope of testing the platform. With the HUB scaling, rewards will gradually increase and given NEM’s vast history of different communities, the sky’s the limit. The next level being a ramp up to $10,000, not including specifically designed tasks and individual bonus drops.

A ) Swipe function on diff communities/language activities, i.e. UI & Community Board update, UI change so users can identify, upvote and submit much faster in their respective language and in the NEM HUB interest groups.

B ) Building of an extended admin function, in essence an accounting tool, allowing each community layer to assign rewards. Giving groups the possibility of governing within the limits of their own set budget.

Once again, thank you. You have our heartfelt gratitude and we are excited to reach the next milestone together. You will receive an update on further steps next week. Stay tuned.

There should be a week to vote on the logo. It has not yet been a week since those submitted tasks were opend.

The attached Japanese document is actually a Chinese document. Please correct it.
Also, the voting for the NEM HUB Japan logo became possible from the 14th of the day before yesterday. Isn’t it strange that the voting result is confirmed today?

The voting period was opened since June 26th. So as soon as submissions come in and get approved the community can vote. However,
users submitted 18 activities to this task earlier than 10th July 2020, but all of them were published on 14th July 2020.
This has to do with the new feature about voting on tasks. Hence the publishing date was shifted. Some of the designs were submitted in June already actually.
After submission, they had 1 week to stay on the cboard and get votes but without getting approved, so they actually couldn’t get votes because they passed the 1 week and landed on the cboard after. So we will reopen from today for another week. The rewarded logos will be treated accordingly nontheless. All approved submission we have received are valid and good artwork. We will make sure not to let the designs go to waste and the people who worked hard, creating this artwork will be rewarded. The best logos, not in the top 3, will be used for different categories and interest groups within NEM Japan, in accordance with the Japanese community and the creators.

Japanese version has been corrected. Please review. Thanks.

You said, “The best logos, not in the top 3, will be used for different categories and interest groups within NEM Japan, in accordance with the Japanese community and the creators.”
However, NGL doesn’t pay. This is a very problem. If NGL, NEM Japan use it, NGL should pay other than top 3. Even though it was a competition, everyone worked. Using it for free is a big problem that hinders the work of creators.

After receiving 18 valid contributions who are all winners in their own right we had to nail it down to the top 3. The winners are:

His artwork will be used as the official logo of NEM HUB Japan.

He says that.
Didn’t he decide on the top three and the official logo at his discretion, ignore the community’s vote? What do you keep voting for?

If you’re going to use other works, you should give them an equivalent prize. This is not a contest for kids. It’s a really bad decision.

Hi Tresto, it’s an mistake related to the platform updates. It’s not on NGL, it’s on us. The change of the algorithm collided with the voting period for the task. So people had less time to vote with the new feature. The first winner won by a big margin. We will allow another week of voting but the preliminary result stays as displayed in the forum post. I understand that this is not the best solution but it is the most practical one. Our devs work very hard to implement all changes necessary and the voting period on this task simply slipped. We apologize for this.

We will reward all artworks and people according to the votes the system displays. We will just extend the period. As I said, all designs deemed suitable by the community will be rewarded. All submissions will get their fair share. We will make a separate forum post in one week on the NEM HUB JP logos, explaining the update and the confusion it caused.

Hi @h-gocchi, all artwork designated for special use within the NEM Japan community with all it’s layers will be rewarded and the creators will receive compensation. This will be happening in consensus with the creators and publically announced afterwards.

I don’t see the system as the problem.
All Dan has to do is correct the wrong information immediately.

If so, it should have been stated explicitly when posting the task. And please make an official announcement about this matter to everyone.

@h-gocchi, yes we will make sure everyone is informed

18 entries were submitted for this logo competition, but it was difficult to find them because it was displayed on the community board at a different timing and mixed with other activities, and it was very difficult for one person to reach all the pieces. I made a list myself and made it public, and after telling me the works I could not find, I finally found all the works. It was a very unfair competition because it was very difficult to vote after confirming all the works.
In the future, it is necessary to publicize all the works at the same time and to display them in a list, such as listing them in advance, to encourage fair voting.

I wanted to clarify some key questions that have been raised regarding the above post. As Malte explained, the voting went awry on the Japanese logo design task. We have added an appendix to the above post explaining this and we have added a further week for voting. The current standings are listed as of today. The task was only intended to identify the logo design for NEM HUB and the outputs will never be used by NGL. If NGL were ever to use any creative material produced via NEM HUB we would expect to pay market value.