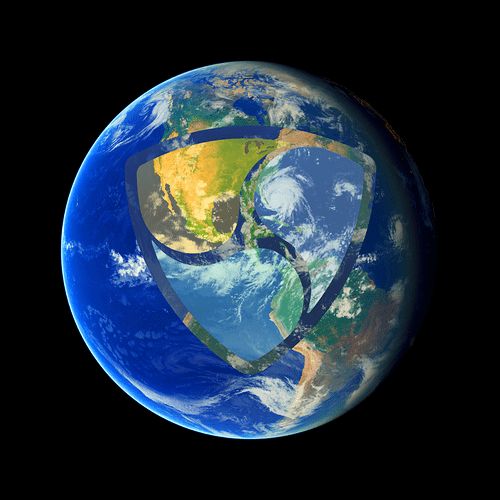 Hard fork will happen at 440000, which should give everyone enough time to upgrade.

The most important change is obviously the inclusion of NAMESPACES and MOSAICS, you can read more about them here

Hi Guys, It is my pleasure to introduce you to Namespaces on NEM! A domain name is required when making an asset on NEM (that asset function is called NEM Mosaics and will be explained more later). Each individual who wishes to create a mosaic needs to register a root domain name. This domain name can be thought of very much like a website domain and in NEM is known as a namespace. This can be bought for an amount of XEM (to be defined later). The namespace length shall be limited to 16 alpha…

We were also working on a small ninja surprise, we’re including LIGHTWALLET. 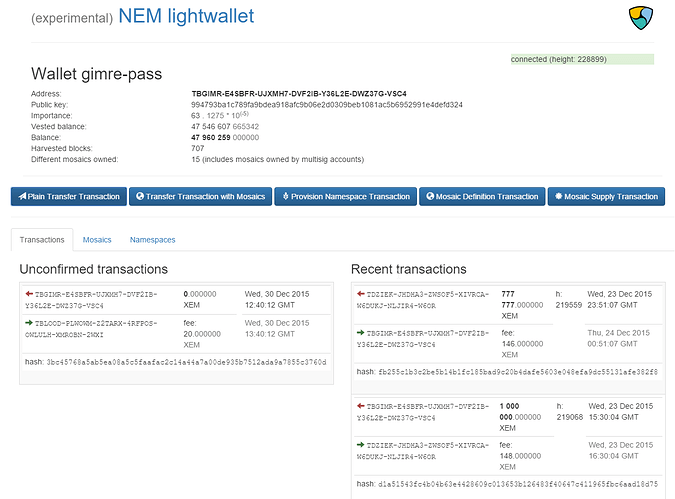 Lightwallet is a part of nis and it allows to make transactions on ANY node.
Transaction serialization AND signing is done purely in JS within the browser!.

Despite testing, lightwallet is still experimental, so we strongly encourage to check it in the testnet
before using it in mainnet, additionally in the testnet you can check out how mosaics and namespaces work. 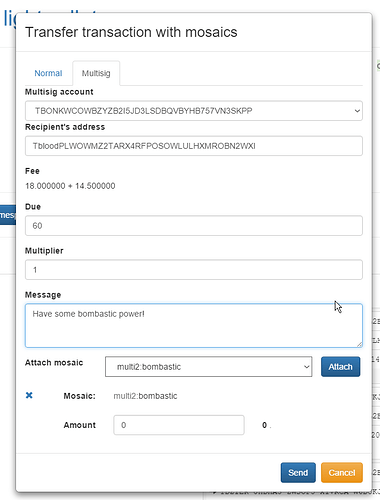 By default lightwallet is running on port 7777 but you can change it in config.properties.

As of now, ncc can only display namespaces and mosaics. Full support might be available before the fork.

This will be short introduction how to use lightwallet (testnet) creation of an account, hopefully intuitive: [image] Once that’s done, we can pick a wallet, I’m checking “don’t ask me for password in this session”, to make transactions easier [image] Wallet page welcomes me [image] Let’s create a namespace: [image] [image] TX got confirmed, so let’s create mosaic, I’m picking non-mutable supply [image] Once tx is confirmed, I’m gonna transfer some amount to Makoto, I’ll also i…

Is a small bugfix rebuild of a previous one, it fixes few minor things:

Wow, this changes everything. One year of design and programming work has finally been released!

Great! Congrats and thanks to all involved! Will update docker config in the coming days

Namespace and Mosaic is the dawn of something great going for this project. It is a very powerful feature that allows us to do a lot more. As an example, from the New York Times (http://www.nytimes.com/2015/12/29/business/dealbook/cash-call-for-a-new-technology.html?_r=3):

…In recent months, the software that Ms. Masters has shown to potential investors allows for the issuance and trading of so-called syndicated loans — large loans broken into pieces and sold to different investors. It can take weeks for trades in this market to go through, a time span that D.A. is trying to shorten.

Investors who have looked at the software, though, say they are not convinced that Ms. Masters’s technology will fix the problems in the loan market, which are attributed as much to human cooperation as to bad software…

The above can be done in minutes using Namespace and Mosaic features. We don’t need a programming team to work on this. It has already been automated by our very own devs.

Yes! We hope to see us progressing and leaping upwards in 2016.

Footnote: The Namespace and Mosaic are one of the core components of Dragonfly Fintech.

Thanks devs, this is another milestone in NEM history !

Lightwallet is a great thing, especially because you managed to get it working on the browser side !

I don’t see any relation there. What makes you say that ?

“The light wallet allow you to make transactions to any node”

“The light wallet allow you to make transactions to any node”

Where is that quote from and how does that imply it has anything to do with node rewards ?
I’m not saying node rewards are far away - i wouldn’t know. I just don’t follow your train of thought

"Lightwallet is a part of nis and it allows to make transactions on ANY node"
This is original text from introducing Nem Beta 0.6.72
That was only my thoughs Pat.Please do not be so crytic:grinning:

Big difference between ON and TO any node

Didn’t think I was critical. Gotta use more smileys.

So this will be fully functional after the hard fork of creating namespaces/mosaics?

Hey,
thanks for the hard work at this new version.

Now my wallet started fine.
At the beginning I´ve the same trouble like quasimodo from bitcointalk. Nis/ncc running but I can´t logged in.
I have deleted the ncc.cfg too (like quasimodo - thanks) and now everything is ok.

You actually don’t have to delete the ncc.cfg. Just change the node IP address of the NIS at the front page of the NCC as it is fired up.

So epic. Congrats on the release devs!