NEM will surpass Bitcoin eventually, and here’s why and when! Part 2

For those who haven’t got the chance to read part I please do so before reading this one: NEM will surpass Bitcoin eventually, and here’s why and when!

This year has been like a living hell for most of us, especially to the long-term holders.
FUD…FUD…FUD…and more FUD…be it China, Bitcoin spike…we’ve faced it all…and yet!..after all this here we are, popping champaign bottles and why?
Well, let’s take a look at the facts. Since weak-hands tend to follow the hype and ride the wave, we, as investors eat popcorn while watching our investment grow on the long-term, as I personally believe this is the most stress-free and rewarding experience. But nevertheless, let’s take a look below:

Since last year in November, NEM averaged around 3500% increase
Bitcoin on the other hand, only delivered around 640% increase

Now, I’m no science researcher but those figures make sense even if I had a stroke.

But main topic of the day…why is NEM surging?

Well, let’s put it this way…

Imagine you have Facebook on steroids with all goodies such as direct payments for utilities to shopping, and much more…can you imagine that? Well, that’s WeChat…and it’s China’s number 1 social media app.
Now, what does that have to do with NEM? Especially when China banned cryptos…

Well, here’s Lon Wong’s lesson in life: “if you have to fight it, at least make sure you win” and boy, he delivered!

Basically what he did, was to integrate the NEM’s wallet into WeChat as an add-on.

What does that mean?
Well, every chinese who was prohibited to use cryptos, now can go rampage using NEM. And by the way, in case you didn’t know, WeChat has 1 BILLION active users.

But hey, let’s check the result of today’s spike: Market cap doubled…literally!
Sure, it went all time high up to 65+cents and found support at ~50cents. Who cares? The launch of WeChat with NEM wallet integrated is on 21st December. Meaning that by deadline time, NEM should be no less than 1$ ! You know, I made a bet to all my friends and family saying that NEM will reach 45 cents before 2018. Well…I guess I fulfilled my prediction did I, as now I’m running on bonus?

During this year NEM partnered-up with many entities, no point of listing them but as far as I’'m concerned, the best one is the meat tracking service that NEM fuels in Japan for the government. Yes, we have Pundi-X, we have a papyrus of partnerships but overall…Japan government is our stamp of legitimacy for NEM being a viable solution for enterprise adoption, and more will follow, bet on that!

So, as for 8th of December NEM went +148% in market cap after months of no clue of where the ship is sailing, well, guess what, the ship just got a turbo-charger ! And it’s getting a couple more under the hood since Catapult comes at the end of February! The show is by far to be over!

NEM went to 0.70$ all time high due to hype…finding support at ~0.50$
WeChat+NEM wallet will launch on 21st December…meaning a hell lot of time to pump NEM
After launch date, we might see a bit of a dip, but not much, as chinese guys have free path to buy NEM to trade it for whatever they want, I don’t care. And they come by billions

Not far from that event, Catapult launches, the long-awaited NEM 2.0. Result?
NEM will be 3-5$ by March 2018. So far my predictions were true. Wanna bet this one also?

All my predictions are based on some simple principles:

2018 is NEM’s year and my God, I’m so glad I had the patience to HODL to my NEM even when odds were totally against me. 2018 is the year that will put NEM in top 3 Coinmarketcap’s chart. Just wait and see it for yourself.
NEM will be 3-5$ in spring-summer.

I am always down for a good bet and for this one, I give myself 85% real chance to fulfil this prediciton.

Waiting for opinions my Nemsters, until then, Kudos!

I am very new to the Cryptoscene and have tried to do quite a bit of research to find which coin to invest in. After finding this forum, all I wanted to say was that you and many others here have provided very insightful posts for beginners like myself and to just continue posting and offering your perspective on when events such as today occur.

Nice analysis. $3 spring 2018, it is possible, especially after Catapult on NEM public chain.

I expect another altcoin bull run coming months just like May 2017. Maybe first another dip, but it will come. Lots of new money entering BTC last months. Good luck everyone

Seems like there was some FUD around this new, I’ve just read this from Inside NEM

Good to see you again!

Good to be back also !

Well, as you can see we kept some of the gain so we’re fine !

Expect A bull-run right after Bankera ICO ends. You see, Tony G and Lon Wong are in a partnership. Of course, Lon will allow Bankera ICO to end so he doesn’t steal the show with Catapult. Therefore, I predict Catapult March-May 2018. So, make sure tu stack-up by then. Expect as much as 1000-2000% in price spike remaining stable at ~65% gain. The whole community has been waiting for Catapult and the spike will attract new-comers also.
After all, if a plugin as WeChat wallet managed to move the price enough to keep it stable by 30% gain, imagine what Catapult (NEM 2.0 core) can do.

Hey guys,
I have invested a bit in nem, but now I have no doubts for this company so i plan to invest more. What do u guys think about its price for the next couple of weeks? Will it break the support on 0.325$ or should I look to invest now?

Can someone give a responsible answer about the the story of NEM and WeChat?

NEM price measured in BTC is declining since May 21, 2017. So the gap is still growing… when do you think your prediction will start to materialise? What would be the catalysts?

Yes. What are you waiting?

The NEM.io Foundation and the NEM China Chapter have never announced a cooperation with WeChat or the “WeChat wallet”.

A short demo of the app can be found here. https://youtu.be/SG3WFJLBSic 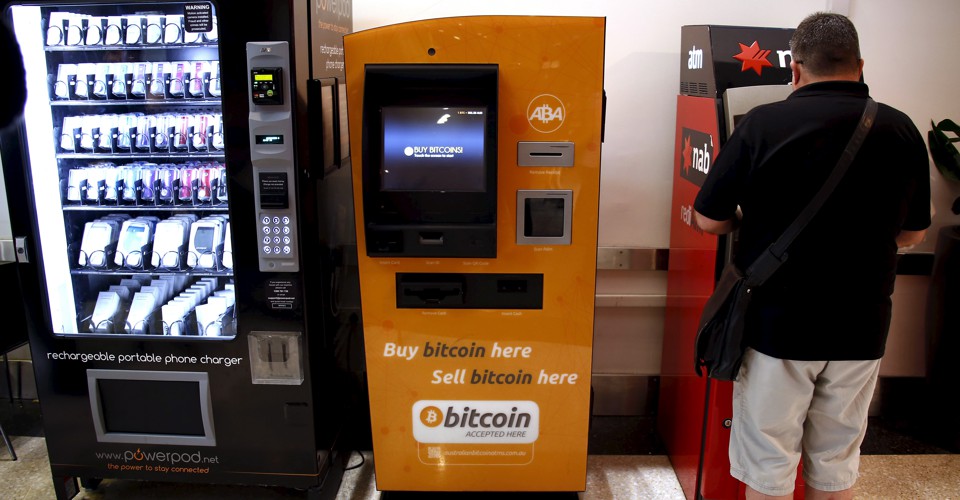 The Rise of Cryptocurrency Ponzi Schemes

Scammers are making big money off people who want in on the latest digital gold rush but don’t understand how the technology works.

The Coincheck hack is such a turn off

If hacker can’t use never this funds (monitoring from other exchanges) it means that 520 mln XEM was burned and price should go up. Look at the bright side.

Were the 500 million new stolen from a single address?

From the blockchain explorer I only see 3 addresses on the NEM rich list that have over 500 million XEM.

It seems with that large of volume it would be easy to trace where it went.

@CoinCycle
All coins from coincheck was sent to
http://explorer.ournem.com/#/s_account?account=NC4C6PSUW5CLTDT5SXAGJDQJGZNESKFK5MCN77OG
And next split to couple accounts.